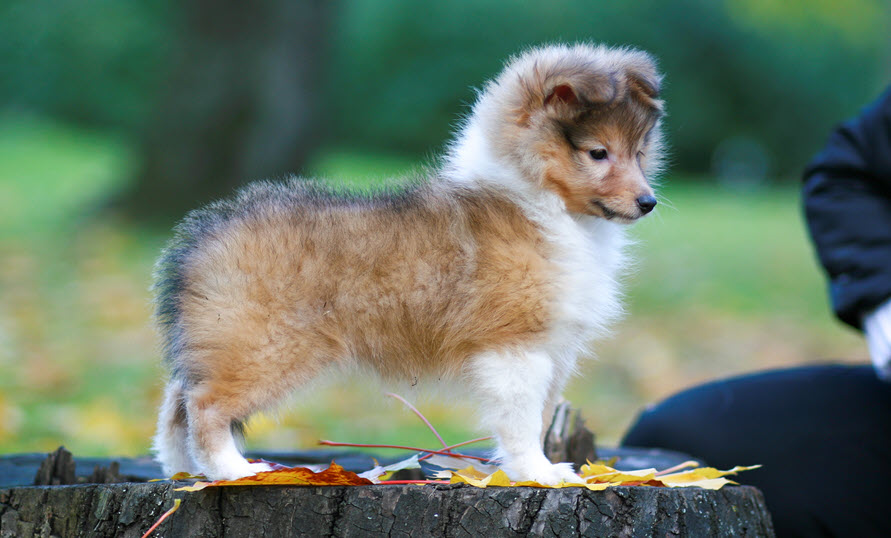 Need help finding your perfect puppy? A member of the PuppySpot pack can help!

Your info has been sent to the
PuppySpot team.

You can learn more about PuppySpot, or check out the FAQ section.

I picked out a sweet AKC certified Shetland sheepdog. I got pics of the parents and then he flew from India I to California where I picked him up and he has been happy ever since. There was one flight delay so we had to reschedule the flight from Friday to Monday. This made me nervous but it all worked out.

My wife and I had to put our 17 year old Sheltie, Chelsea to sleep on June 11th of this year, that broke our hearts. At first, I did not want to get another puppy right away; a few days after Chelsea passed I was looking on the internet just to have an idea where we could find another Shetland Sheepdog when the time was right. I ran into the Puppy Spot web site, and I saw a Sheltie by the name of Paris, she was five weeks old, I read the description of her, and told myself "No, not now" and closed the page. The next day, I looked at the web page three or four time, each time, telling myself "No" Later on that day, I showed my wife the photo, and write up on Paris, we decided to click the link to get more information on her; about an hour later a very friendly lady named Lynne called us, we asked her a number of questions about Paris which she readily answered; we told her that we needed a little time to discuss it, and told her that we would call her back in a while. About ten minutes later, we called her back, Lynne asked us a number of questions like if Paris would be an inside, or outside dog, etc. etc. which showed us the they truly cared where those dogs were being placed. We put a deposit on Paris to reserve her. A couple of days later, our Puppy Manager Lyndsey called us to finalize the deal; over the next couple of weeks, I used the Puppy Spot app. to text Lyndsey and either she, or one of her associates either called, or emailed me within a few hours; over the next few weeks, we were kept up to date on her age, and all of the details that were required for her to be able to be flown out to us, as Paris was in Missouri, and we are in California. We were a little concerned a few days before she was to be flown out to us as Lyndsey had told us the the airports in the breeders area, were under an embargo, due to it being to hot for the dogs to fly, but, Lyndsey told us that they were working on the problem, well, things did indeed work out, because Paris, who we renamed Kaylee arrived on the day that was promised, and she is even more adorable than in her pictures. Thank You Puppy Spot for our new baby. All together, we had to wait almost four weeks for her to be old enough to be away from her mother, but, it was well worth it, we just love Kaylee. One final comment, and Puppy Spot has no control over as this was the airlines mistake.I had called the airline the day before her flight arrived to find out exactly where to pick her up; they gave me the address of their cargo warehouse not too far from the main Terminal only to be told that we were in the wrong area once we had arrived, and we needed to go to baggage claim instead, after asking about three separate people, we finally found our where they took the dogs after they were unloaded from the plane; double and triple check with the airline to be sure you know exactly where to pick up your baby.