Resource Center › PuppySpot › Go for the Gold: All about Golden Retrievers!

Go for the Gold: All about Golden Retrievers!

When looking to add a furry family member to your household, the Golden Retriever is sure to be at the top of the list for most families. With their charming, loyal, and gentle personality, it’s not surprising why they are one of the most beloved breeds in America. Although popular in the states, the breed first originated in the 1800s in Inverness-Shire, Scotland by Dudley Marjoribanks, the first Lord Tweedmouth. His goal was to develop an intelligent and attentive breed that could also be a great hunting companion. He accomplished this by crossbreeding the Flat-Coated Retriever with the Bloodhound, the Irish Setter, and the now extinct Tweed Water Spaniel.

The Golden Retriever is known for their luxurious golden-colored coat that shines as bright as their smile. When in motion, they should have a smooth but powerful gait and their feathery tail should be carried in what is described as “merry action.” This is a playful, trustworthy, and eager-to-please breed that often keeps their cheerful puppy personality even into adulthood, making them a great companion for young children. 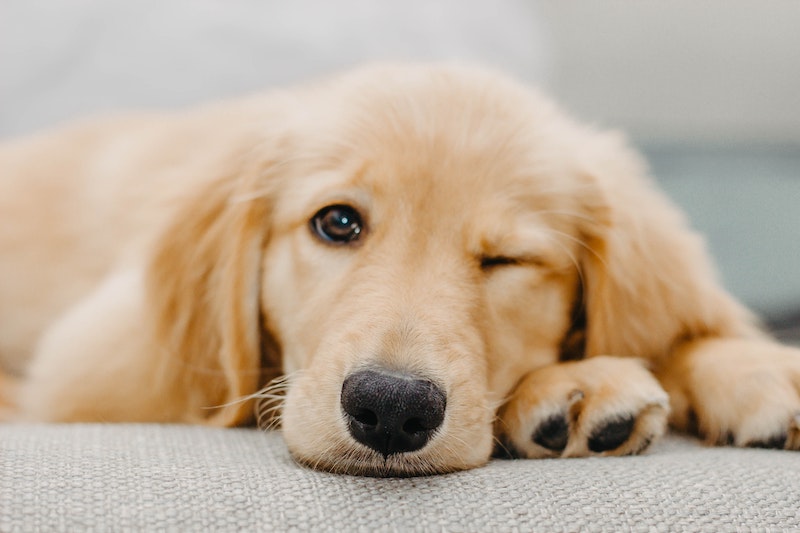 How big does a Golden Retriever get?

What colors does the Golden Retriever come in?

The Golden retrievers come in 3 various shades of gold.

The Golden Retriever also comes in a color often referred to as English Cream. This is a diluted shade of gold that appears as cream. This color is often registered as Light Golden.

Is the Golden Retriever an active breed?

This lively breed is enthusiastic about playtime! While they are not always on the go, they do enjoy playing games like fetch or going on walks with their human companion. They are also a social breed, so they enjoy making new friends with both people and other animals.

Is the Golden Retriever easy to train?

This breed is truly a pleasure to train! They are highly intelligent, eager-to-please, and love to learn new tricks. Playtime can also be a great time to teach a Golden new tricks, as they will find the interaction rewarding and mentally stimulating.

Though better suited for home living, an apartment with adequate space can be comfortable for a Golden Retriever. They can be a good apartment dog since they are friendly and don’t bark a lot. They will still require plenty of daily outdoor activity to release any pent-up energy.